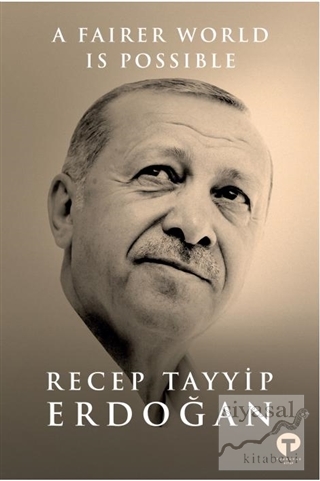 A Fairer World is Possible

https://www.siyasalkitap.com/a-fairer-world-is-possible
A Fairer World is Possible
50.00

“To make global peace fairer and more sustainable, we need the UN to reflect multiculturalism and multipolarism. The world is neither unipolar nor bipolar. Nor is it under the cultural hegemony of a dominant culture or a small number of privileged stakeholders. It is possible to make the world multipolar, multicentric, multicultural, more inclusive and fairer. The UN is the primary place to accomplish that goal.

The UN reform is the path to peace, stability, justice and effective global governance. Reforming the United Nations and, especially, restructuring the Security Council obviously require a global consensus.

Turkey has advocated a proposal to that effect for a long time and opened it up for discussion. Our proposed solution manifests itself in our motto: ‘The world is bigger than five.' It calls for the implementation of a plan to restructure the Security Council. Updating the Council to represent all continents, faiths, backgrounds and cultures as fairly as possible would be a revolutionary step toward finding solutions and upholding global peace.”