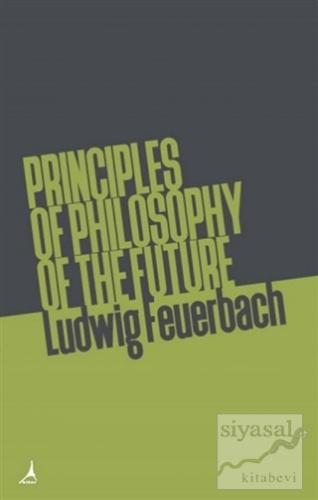 Principles of Philosophy of The Future

https://www.siyasalkitap.com/principles-of-philosophy-of-the-future
Principles of Philosophy of The Future
Alter Yayıncılık
14.00

Ludwig Feuerbach studied theology in Heidelberg, then philosophy in Berlin where he became a disciple of Hegel. Butat the end of his work on Bacon and Spinoza, he detaches himself from this thought which he criticizes as being too“idealistic” and sees in Hegel a theologian disguised as a philosopher. He then works to “put on his feet the man whomspeculative philosophy had put on his head”.

Its philosophy is usually referred to as an atheistic human-made humanism whose essence is the feeling, the beginningand the end of all reality. This sensualist philosophy naturally leads him to materialism, favoring the field of experienceover creations of the mind.

Ludwig Feuerbach influences the young Hegelians, known as “left Hegelians”, as well as Engels and Karl Marx, butdoes not take part in political action. However, the author of “Capital”, whose thought gradually eclipsed that of itsinspirer, reproaches Feuerbach's “sensitive man” for being too independent of his social environment.