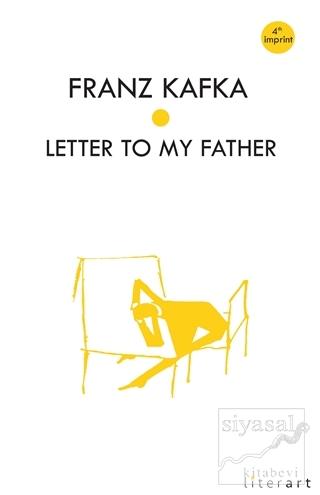 Letter To My Father

https://www.siyasalkitap.com/letter-to-my-father
Letter To My Father
10.50

Franz Kafka wrote this letter to his father, Hermann Kafka, in November 1919. Max Brod, Kafka's literary executor, relates that Kafka actually gave the letter to his mother to hand to his father, hoping it might renew a relationship that had lost itself in tension and frustration on both sides. But Kafka's probing of the deep flaw in their relationship spared neither his father nor himself. He could not help seeing the failure of communication between father and son as another moment in the larger existential predicament depicted in so much of his work. Probably realizing the futility of her son's gesture, Julie Kafka did not deliver the letter but instead returned it to its author.