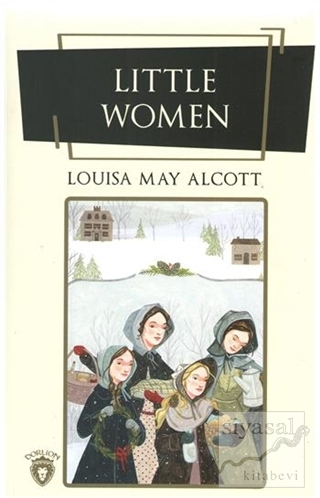 A daughter of the transcendentalist Bronson Alcott, Louisa spent most of her life in Boston and Concord, Massachusetts, where she grew up in the company of Ralph Waldo Emerson, Theodore Parker and Henry David Thoreau. Her education was largely under the direction of her father for atime at his innovative Temple School in Boston and, later, at home. Alcottrealized early that her father was too impractical to provide for his wife and four daughters; after thefallure of Fruitlands, a utopian community that he had founded, Lousa Alcott's lifelong concern for the welfare of her family began. She taught briefly, worked as a domestic, and finally began to write. Alcott produced potboilers at first and many of her stories-notably those signed ''A.M. Barnard'' - were lurid and violent tales. The latter works areunusual in their depictions of women as strong, self-reliant, and imaginative. She volunteered as a nurse after the American Civil War began, but she contracted typhoid from unsanitary hospital conditions and was sent home. She was never completely well again. The publication of her letters in book form, Hospital Sketches (1863), borught her the first taste of fame.

Alcott's stories began to appear in The Atlantic Monthly, and, because family needs were pressing, she wrote the autobiographical Little Women (1868-69), which was an immediate success. Based on her recolections of her own childhood, Little Women describes the domestic adventures of a New England family of modest means but optimist outlook. The book traces the differing personalities and fortunes of four sisters as they amerge from childhood and encounter the vicissitudes of employment, society, andmarriage. Little Women created a realistic but wholesome picture of family life with which younger readers could easily edentify. In 1869 Alcott was able to write in her journal; ''Paid up all the debts... thank the Lord' She followed Little Women's success with further domestic narratives drawn from her early experiences; An Old-Fashioned Girl (1870), Aunt Jo's Scrap Bag, 6 vol. (1872-82); Little Men (1871); Eight Cousing (1875), Rose in Bloom (1876), and Jo's Boys (1886).