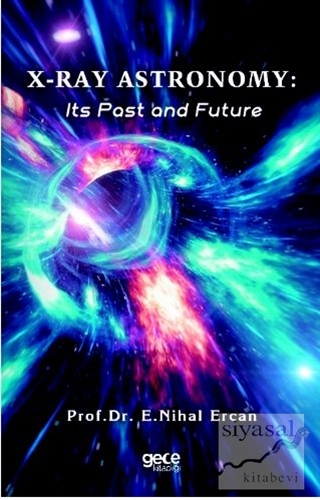 X-Ray Astronomy: Its Past and Future

My approach here is essentially to provide a chronological catalogue of cosmic X-ray satellite missions - especially if the evolution of our understanding of the X-ray sky is summarised alongside - narrating how an initial 'fuzzy' glimpse through a new window into the universe has become ever sharper and more complete.
I also thought it would be important to explain how the satellite instruments would not have been possible withouth the technical and observational outputs of the UK/US/other nations rocket programmes as well as the cadre of young capable researchers who emerged as a result. Thanks to the recent Webinar video provided by Prof.Dr. G.Branduardi-Raymont my colleague and friend from UCL-MSSL,UK to give the readers a vivid explanation preseneted by the pioneers of the work done in this era. I shared its link in its appropriate part of the book.
It would be very good to show how X-ray observations have both complemented observations performed in other wavelenghts and resolved certain issues. However, this would have required a very big effort and this book would be much more complete and beautiful in this sense. I have tried to do it in some parts of the book by giving references for some certain areas of X-ray studies but I cannot say that I have completed this important mission here.
I mostly mentioned about the galactic and extra-galactic X-ray astronomy and its satellites with a little touch for Solar X-ray observations. I am aware of the significant transfer of technology, insight and expertise from the Solar X-ray rocketry and satellite work, therefore I opened a small window for the X-rays from the Sun and the Solar System towards the end of the book by presenting some of the Solar X-ray satellites chronologically and thus partial observational results . I must point out that there are plenty of articles in the literature besides the Solar Astronomy and Astrophysics is not directly related with my area of expertise. I would like to thank NASA for opening all the precious pictures-photos obtained from observations through the various satellites to the public. Without them this book would be a very deficient one.
It is a pleasure for me to mention that being a part of MSSL-UCL was my bonus over my life time. I enjoyed very much every second of my presence there during my PhD studies in the beginning of 1980s . I grew up there and picked up all the useful aspects, like doing research in an area which is completely foreign to me in the very beginning of my X-ray astronomy and astrophysics career.
Prof.Dr. E.Nihal Ercan
Boğaziçi University, Physics Department